The infrastructure was built by the Ministry of Works and started delivering water in the early 1980s.  In 1990, local horticulturists and farmers formed the cooperative Kerikeri Irrigation Co Ltd and purchased the assets off the government.

It has approximately 340 shareholders, plus nearly 1100 non-commercial connections, who are supplied with water from two storage reservoirs.  The scheme supports:

Horticulture has been a feature of Kerikeri’s economy and environment since the 1920s when the first citrus orchards were established.  The moisture-holding capacity of the volcanic soils in the district is low and the summer droughts can be long so that even with an annual rainfall 1,800mm, supplementary irrigation is necessary for the consistently high quality fruits.

The main reservoirs are sited high in the catchments to minimise diversion and spillway costs, to enable a largely gravity-fed irrigation supply and to lessen the impact on the local environment.

One of the scheme’s major advantages is the way it harvests the water in the high rainfall times and stores this in its reservoirs for distribution during drier periods.  This has reduced the pressure on the local rivers and streams for the taking of water for irrigation purposes and helping to protect their natural flows.

Irrigation is now the foundation of the horticultural sector, the town and the region.

The report also looked at KICL’s environmental impact and found that the scheme had improved total flows and drought flows in a majority of the catchment’s streams and rivers.  Irrigation isn’t a contentious issue here because its value is recognized and understood. Communities need diversity and KICL has delivered it.  The whole value of the community has been lifted on the back of horticulture and irrigation. 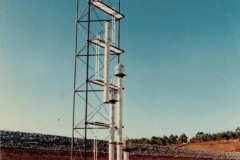 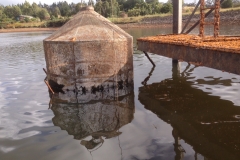 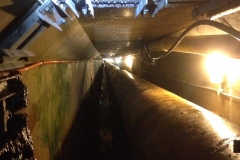